Though not a prime tourist destination, I think it's still worthwhile to have a look at what Bangalore can offer.

The third most populous city in India it is well known as the center of India's information technology sector - "the silicon valley of India". You'll find Infosys and Wipro headquarters here.

But for those who want to see more than just a couple of modern buildings, a visit to Nandi Temple should be one of your stops. The temple, also referred to as Dodda Basavana Gudi or Bull Temple is dedicated to the Hindu demi-god Nandi (a sacred bull). Nandi was a devotee of Shiva. It is said that this temple houses the biggest Nandi idol in the world.

There is also a temple for the elephant-headed diety Ganesha close by. And Bugle Rock garden is behind the Ganesha temple, so-called because of the massive rock formation from which a bugle call was made alert the citizens of any intruders to the city.

Another place of interest would be the Bangalore Palace. Mistakenly believed to be a replica of the Windsor Castle, it was built by the first principal of the Central High School in Bangalore. It was then bought by the Maharaja of Mysore. In recent years, the palace grounds have been used for holding concerts for international artists such as Metallica, Elton John, Aerosmith, Enrique Iglesias and many others. And for those with children in tow, there is also an amusement park situated in the palace grounds complex.

If you are in Bangalore around Republic Day - January 26 - a trip to Lal Bagh Botanic Gardens is a must as they usually hold their annual flower show around this time. Lal Bagh Garden has the largest collection of tropical plants , even some rare species brought in from Pakistan, Persia and France, as well as trees that over 100 years old. The Lal Bagh Rock, which is said to be about 3,000 million years old is another attraction.

So there it is. You will still be able to find some interesting sites to see even in Bangalore.


Posted by imstamp at 23:55 2 comments:
Email ThisBlogThis!Share to TwitterShare to FacebookShare to Pinterest 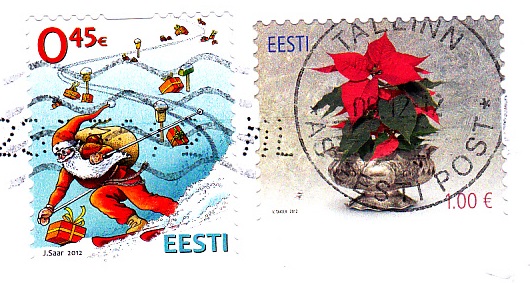 Tallinn is the capital and the largest city of Estonia. It is located on the southern coast of the Gulf of Finland. The city was known as Reval up until 1917 when it became independent.

﻿
Like Vilnius (Lithuania), Tallinn's Old Town is a UNESCO World Heritage site. This would be the first stop for visitors. In Toompea (Upper Town), the major attractions are the Toompea Castle, The Russian Orthodox Alexander Nevsky Cathedral and the Lutheran Cathedral. You will also find here the old Estonian Royal Palace which is now the Parliament building. If you go to All-linn (Lower Town), you'll find the Town Hall square (Raekoja plats) and the town walls and towers that were once part of a 14th century gate system.

A couple of kilometres from the city centre is the Kadiorg Palace, the former palace of Peter the Great. This is now (partly) the Art Museum of Estonia as well as the presidential residence. Surrounding this is the Kadiorg park which offers outdoor concerts during the summer months. Incidentally, the park is celebrating its 295th anniversary this year.

And for a little bit of Olympic flavour, the coastal district of Pirita is where the marina was built for the Moscow Olympics of 1980. For those who like flowers, real or in stamps, the Tallinn Flower Festival is on at the Tower Square from May to August.

And, judging by the photo on the right, I'd definitely come around December for the Christmas market. These markets were originally from Germany and Austria but are now held in many other countries. You could do a month long trip in Europe and visit as many markets as you can.

Posted by imstamp at 04:01 No comments:
Email ThisBlogThis!Share to TwitterShare to FacebookShare to Pinterest 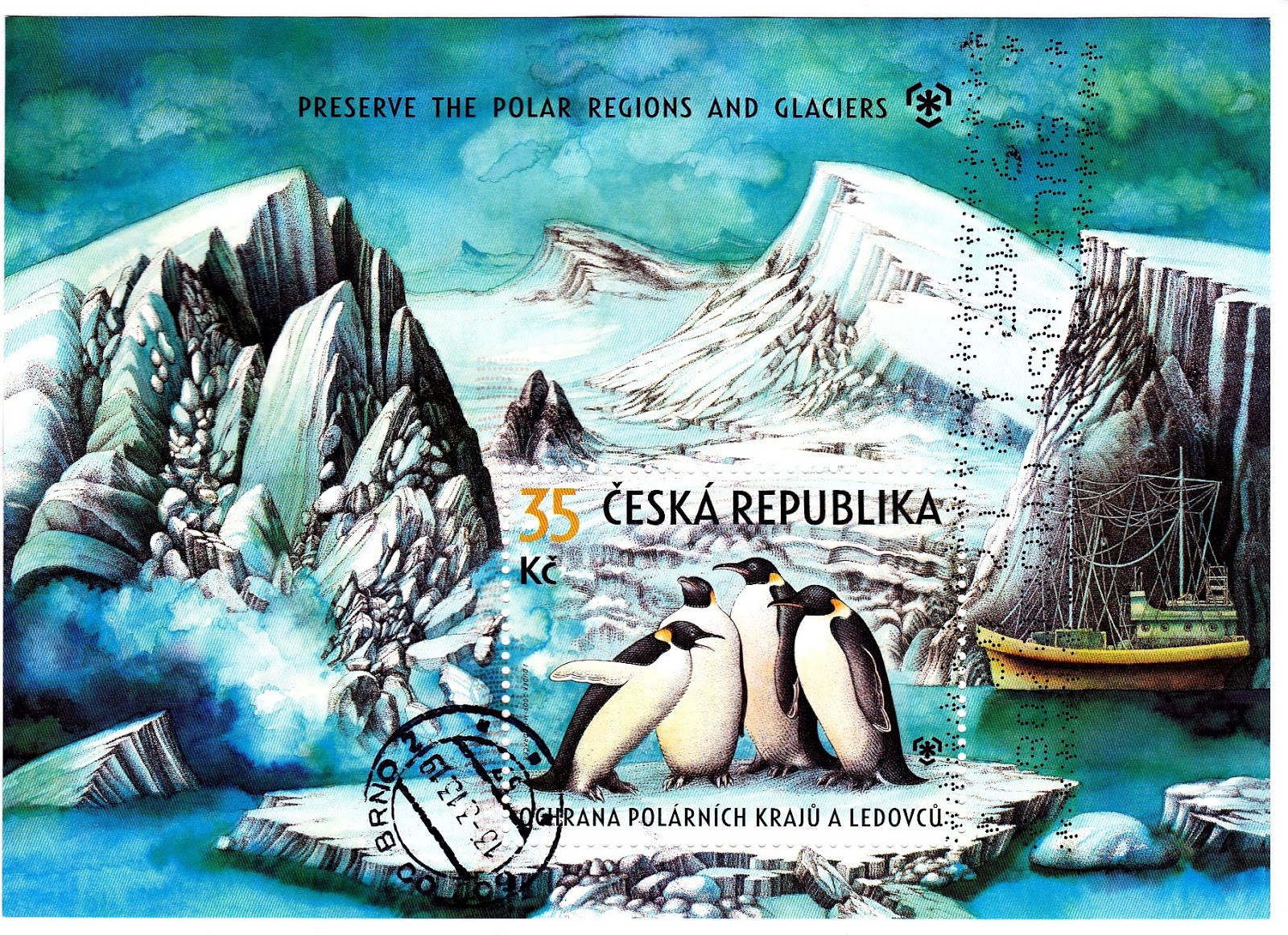 Travelling more than 1,000 km south of Lithuania will get you to Brno in the Czech Republic.

Brno, the former capital of Moravia., has hundreds of historical sights. Castles, palaces, churches and monasteries, ossuaries and crypts. Brno certainly has a lot to offer.

The Spilberk castle and fortress has a very intriguing past - from being the seat of the Moravian margraves, to a prison, then a barracks and currently the Brno City Museum.

Villa Tugendhat is hailed as a prime example of modern architecture and has been named a UNESCO World Heritage site. This was the principal location for the film Hannibal Rising so it is a must on my places to visit.﻿﻿﻿

The Cathedral of Saints Peter and Paul is a national cultural monument. The bells of the cathedral are rung at 11 o'clock. Legend says that during the Swedish invasion, the Swedes promised to stop attacking the city if they have not taken it by midday. Some citizens then decided to ring the bell an hour early.
﻿﻿﻿﻿﻿﻿﻿
As someone interested in traditional culture, I'd definitely see one of the Moravian traditional folk festivals held locally in the cities of Zidenice, Lisen or Ivanovice. ﻿﻿﻿﻿﻿
﻿﻿﻿﻿﻿﻿﻿﻿﻿﻿﻿It would also be great to see the fireworks festival Ignis Brunensis. Said to be the biggest festival in central Europe, it is held annually in May or June for two weeks. An international fireworks competition that is sure to be very entertaining.
﻿

And for something a little bit spooky, the Brno Ossuary and the Capuchin Crypt would be well worth the visit if you are not afraid of skeletons.

But if you prefer something closer to nature, then the Moravian Krast is the best place to see caves and gorges including the Macocha Abyss.

Posted by imstamp at 04:48 No comments:
Email ThisBlogThis!Share to TwitterShare to FacebookShare to Pinterest

When I first saw the name Vilnius I thought it was a place somewhere in Italy. But I was wrong by about 2,500 km.

Vilnius is the capital of Lithuania and is located towards the southeast of the country. It is named after the Vilnia River. After Lithuania gained its independence in September 1991 the city has been transformed into a modern European city. Though many buildings have been renovated and a business and commercial area is being developed, Vilnius is known for its Old Town, the historical centre.
﻿﻿﻿﻿﻿﻿﻿﻿﻿﻿﻿﻿﻿
﻿
A medieval town with more than a thousand buildings built in different architectural styles - not only Baroque but  Gothic and Renaissance as well - there's so much historical culture to this city that it was named a UNESCO World Heritage site in 1994.

﻿﻿﻿So what is there to do in Vilnius?
﻿﻿﻿﻿﻿﻿﻿﻿﻿﻿
Well, the Vilnius Castle Complex is also worth a visit to see the Gediminas Tower,  Cathedral Square and the Royal Palace of Lithuania. Gediminas was the Grand Duke of Lithuania who, through alliances, warfare and marriages, expanded the territory of Lithuania to include what is now known as Belarus, Ukraine, Transinistra.
﻿
I'd also try and see the more than 60 churches in this city. One such is St. Anne's Church built for Anna, the Grand Duchess of Lithuania, the first wife of Vytautas the Great. It was initially built of wood but was destroyed by a fire in 1419.

﻿﻿There is also the Museum of Genocide Victims dedicated to the victims of the Soviet occupation as well as a memorial stone in the centre of what used to be a Jewish Ghetto during the Holocaust.

If you like Frank Zappa and his music, there is a bronze statue of him in the Naujamiestis district.  And swing by the Užupis district and browse through the numerous art galleries and workshops.

For movie buffs, the city of Vilnius was mentioned in the movie The Hunt for Red October and was supposed to be where Hannibal Lecter is from (Hannibal Rising).


Posted by imstamp at 04:43 No comments:
Email ThisBlogThis!Share to TwitterShare to FacebookShare to Pinterest
Home
Subscribe to: Posts (Atom)

imstamp
A worldwide stamp collector, I always save envelopes with nice clear postmarks. It makes me wonder where the place is and what interesting things I would see there. 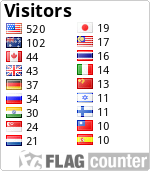